Literature / If I Stay 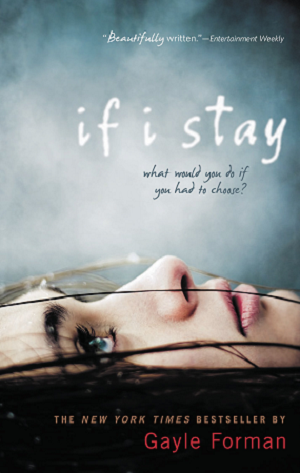 Sometimes you make choices, and sometimes choices make you.
Advertisement:

If I Stay is a best-selling novel by Gayle Forman. It was first published in 2009.

Mia Hall is a girl that has a pretty good life. She's a musical prodigy with a chance of getting into Julliard. However, all of that changes when she ends up comatose in a car accident that kills the rest of her family. Bizarrely, her spirit leaves her body and is able to see everything that is going on while she's in the hospital as she learns that the whether she lives or dies is completely up to her. Can she go on living in a world without her family?

It was adapted into a film starring Chloë Grace Moretz in 2014. A sequel called Where She Went was published in 2011.

This book and its film adaptation contain examples of: