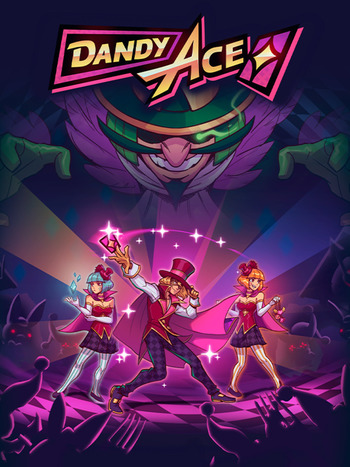 Dandy Ace is an isometric Roguelike Action RPG, similar to Hades, where you play the titular fabulous magician trying to defeat his rival, the Green-Eyed Magician, and free himself from a cursed mirror. The game was developed by Brazilian studio Mad Mimic, published by Neowiz, and released in March 2021.