Western Animation / The Adventures of Puss in Boots 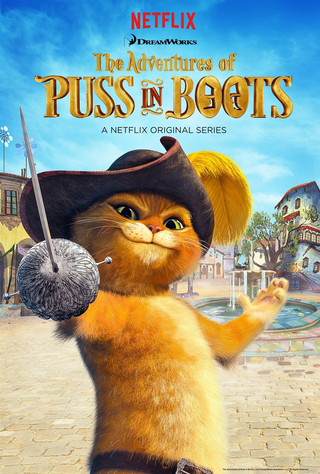 A Spin-Off of the Shrek series on Netflix and a Recycled: The Series prequel to Puss in Boots. This computer-animated cartoon features Puss In Boots, chronicling his life a defender of the lost city of San Lorenzo after he accidentally breaks the spell keeping it hidden.

The show premiered in January 16, 2015 with five episodes. It is the third film by Dreamworks Animation to be given a spin off by Netflix. It ended after six seasons and 77 episodes on January 26, 2018.

A non-canon Interactive Fiction short film was released, which has its own page.

The Adventures of Puss in Boots provides examples of: