Characters / The Adventures of Puss in Boots 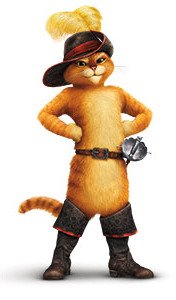 Voiced By: Eric Bauza
The hero of the story. Before he met Shrek and co, he happened upon a entrancing white cat that he followed to the Hidden City of San Lorenzo, and upon accidentally breaking the spell that had kept it hidden, has decided to settle down in San Lorenzo as its guardian until the spell can be repaired.

See also his entry in the main Shrek character sheet as many of the same tropes still apply here. 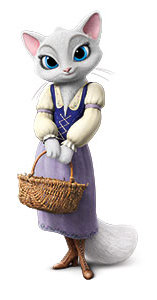 A sweet and innocent female white cat whom Puss falls for and follows to the town of San Lorenzo, starting off the plot. Throughout her adventures with Puss in Boots, she develops into a more confident and capable person, which culminates in her ultimately becoming The Chosen One that defeats the Bloodwolf. 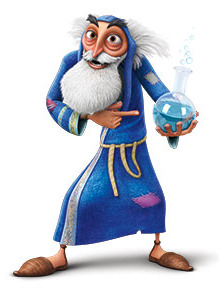 A senile old man who was once a great alchemist, but these days prefers to run a macrame shop which he named Owlberto. 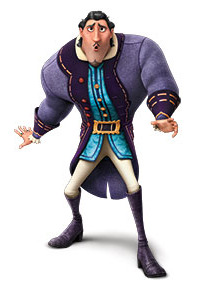 The cowardly mayor of San Lorenzo. Despite his large size, he would very much prefer to be hidden and out of sight, spending most of his time hiding inside barrels. 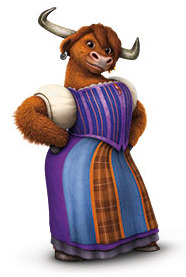 A cow that runs the local Cow and Moone Cantina. 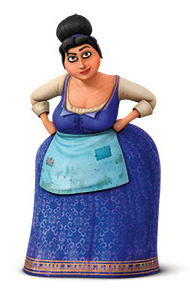 The owner of the San Lorenzo orphanage. Extremely distrustful of outsiders, she holds a lasting grudge against Puss in Boots.

A sweet and orphan living in San Lorenzo. 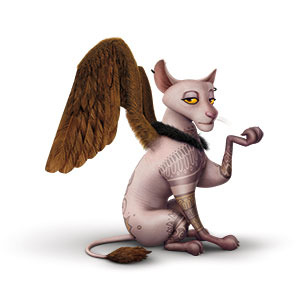 Half cat, half bird, this mythical beast once protected the Hourglass of Eurythion until Puss in Boots claimed it to save the orphans, and now she resides in San Lorenzo, guarding the entrance from anyone who can't answer her riddles... or happens to show up when she is napping or isn't paying attention.

A famous cat adventurer who taught Puss in Boots everything he knows. His advanced age catching up with him, he initially decides to retire, but Puss is able to talk him out of it, making him the Brains of the Senior Puss Squad. When he wields the Goodsword, he can temporarily return to his prime.

The Guild of Darkness

A soul-stealing witch who captures the souls of wizards to use in her spells. Eventually revealed to be a powerful Eldritch Sister named Maldonna, and upon regaining her memories she also regains her ability to use magic without the need for souls.

An imperfect clone of Puss in Boots he created in order for him to be in two places at once. 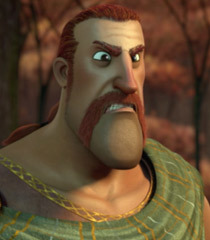 A boisterous and extraordinarily gullible thunder god who comes looking for a magic scepter in San Lorenzo, only to be chased out by the orphans. He later reappears, looking for Puss' help.

A trio of evil witch sisters - actually a quartet - who each were tasked with guarding a piece of the gem of the Crown of Souls. An eccentric and belligerent bunch, each sister puts Puss and friends though the wringer before letting go of their piece.

Years before the series there was a fourth Eldritch Sister, but an argument led to the others literally erasing her from all of their minds. In the present, the amnesiac Maldonna became The Duchess.

A wise and powerful sorcerer who hundreds of years ago banished the Bloodwolf to the Netherworld and founded the City of San Lorenzo, filling it with magical artifacts which he used to create a barrier to shield the town from the rest of the world.

Three magical spirits created by Sino to fulfill various tasks in his absence. They are named after colors; Orange, Green and White. 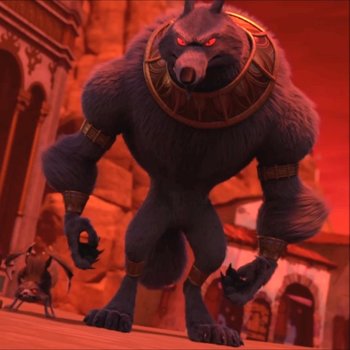 A powerful entity who was sealed away in the Netherworld by the Great Mage Sino.