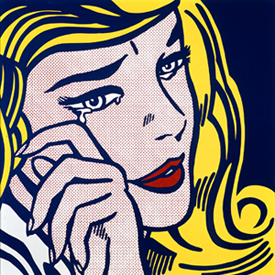 Someone smiles while crying — usually after the tears start.

May be an attempt to paper over the grief, especially to fool a child, but often indicates a — complicated emotional state. As when No One Could Survive That! is succeeded by Not Quite Dead so quickly that the characters suffer emotional whiplash. (Compare Anger Born of Worry.) Sometimes a character will lie about crying, invoking Sand In My Eyes.

Compare Go Out with a Smile and Tears of Joy, a less ambiguous expression of happiness. See also Cry Laughing, a similar expression of mixed emotion.