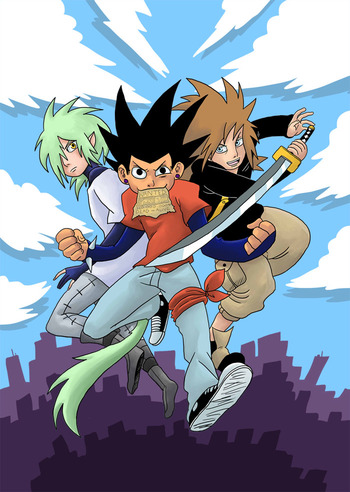 is a Shonen-esque action/fantasy webcomic by Eric Lide.

In a world populated by both humans and demons, Brin and Sven are two teenaged bounty hunters living in the titular city of Station Square. They have rent to pay, and no money to pay it with. They seek help from their old classmate Nem, who agrees to cover their rent if they can capture a man named Graves who's wanted for 12,000 bux. They set off, but soon find themselves contending with a rival bounty hunter by the name of Dahlia.