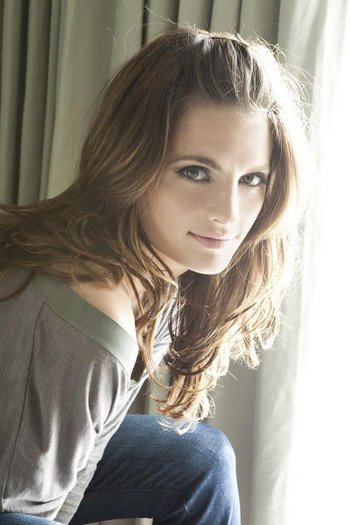 Stana Katic (born 26 April 1978 in Hamilton, Ontario) is a Canadian-born actress of Serbian descent, who grew up on both sides of the U.S.-Canadian border and says on her official website that she is still trying to do so in L.A. Best known as Detective Kate Beckett in Castle, before appearing in that show, she made a number of guest appearances in U.S. TV shows, a small role in the James Bond film Quantum of Solace and a recurring role in Heroes.