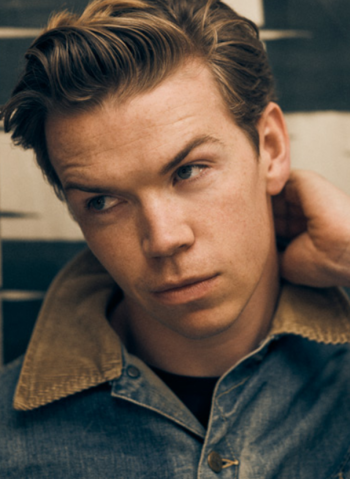 Proving that even facial hair won't always make British actors look old enough to drive, Will Poulter (born 28 January 1993 in Hammersmith, London) is from London and has been acting since he was a teenager, with initial fame from his performance in Son of Rambow. He's a trained comedic actor who performed at the Edinburgh Fringe in his young years, moving into YA films when he was 17, being part of the The Maze Runner Series, and won a BAFTA for playing Kenny in We're the Millers in 2013. This apparently gave him enough notoriety to take one of the lead roles in Oscar-winning The Revenant; the responses to this were being described as stealing Leo's scenes but not getting any nominations himself. He was going to play Pennywise in the 2017 It film, but eventually dropped out after a too-long pre-production.