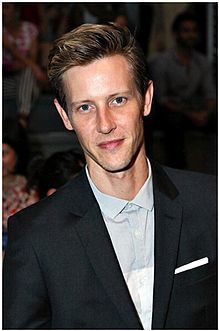 Gabriel Mann (born as Gabriel Wilhoit Amis Mick on May 14, 1972 in Middlebury, Vermont) is an American actor and model who is known for his role as Nolan Ross on the ABC drama series Revenge as well as his co-starring roles in several films, including his roles as Zack Stemmons in The Life of David Gale and Danny Zorn in bothThe Bourne Identity and The Bourne Supremacy. Mann is also a voice actor who is known for voicing Bruce Banner in the "Wolverine vs. the Hulk" episode of the animated TV series Wolverine and the X-Men (2009) and reprised his role as the character in the very popular Marvel animated series The Avengers: Earth's Mightiest Heroes (which is set within the same continuity as Wolverine and the X-Men).