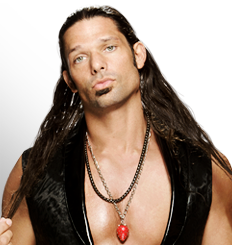 Raymond John Leppan (born 20 July 1979) is a retired South African professional wrestler best known for his time with WWE where he performed under the ring name Adam Rose. He is a former two-time FCW Florida Heavyweight Champion under the ring name Leo Kruger.

A veteran of the South African professional wrestling scene, Leppan first grabbed the attention of WWE in early 2010. He was sent immediately to FCW where he was given the ring name of Leo Kruger, a reference to former South African president and distant relative Paul Kruger. Kruger spent his first year in FCW as a midcarder before being sidelined by a neck injury.

Kruger returned to FCW in 2011 and proceeded to win the vacant FCW Florida Heavyweight Championship by defeating Husky Harris, Damien Sandow, and Dean Ambrose. He lost the title to Mike Dalton in earily 2012, regaining it briefly a few weeks later only to drop it immediately to Seth Rollins. When FCW evolved into the modern day WWE NXT, Kruger adopted the gimmick of a deranged bounty hunter similar to Spider-Man supervillain Kraven. Unfortunately, the gimmick went nowhere and Kruger was completely repackaged into Adam Rose, a Russell Brand-esque party animal.

Rose joined the main roster in 2014 as a face, being accompanied to the ring by the "Exotic Express". Rose remained a staple of the midcard and even formed a tag team with the incredibly popular bunny (played by fellow South African wrester Justin Gabriel). After the Bunny began to upstage him in popularity, a jealous Rose turned on him. The newly-heel Rose began to show a bullying attitude to both the Bunny and the rest of the Exotic Express. This gimmick also went nowhere, and Rose was soon repackaged as part of the "Social Outcasts" alongside Curtis Axel, Bo Dallas and Heath Slater.

On 16 April 2016, Leppan was taken off TV and suspended for 60 days for a violation of WWE's Wellness Policy. On 11 May, he was arrested for domestic violence and tampering with a witness, and as a result, WWE suspended him indefinitely. He was eventually released by the company later that month.

Afterward, Leppan went on to wrestle on the independent circuit, under the name Aldo Rose. He played his final match on June 14, 2019, for Atomic Revolutionary Wrestling, after which he retired.