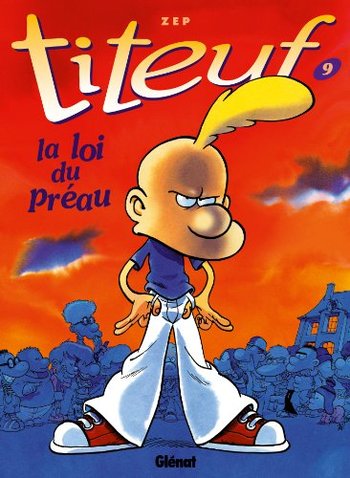 One of the most popular Franco-Belgian Comics, Titeuf, created in 1992 by the Swiss cartoonist Philippe Chappuis, aka Zep (as in Led Zeppelin), tells the everyday life of the 8 to 10 year-old Titeuf and his buddies, specifically on their... confused views regarding the adults and the world. It frequently plays with the Children Are Innocent trope: The kids are far more aware of sex, drugs and the like than the adults would believe, but almost always by Comically Missing the Point, especially Titeuf himself. A translated version appeared for a short while in The Dandy.