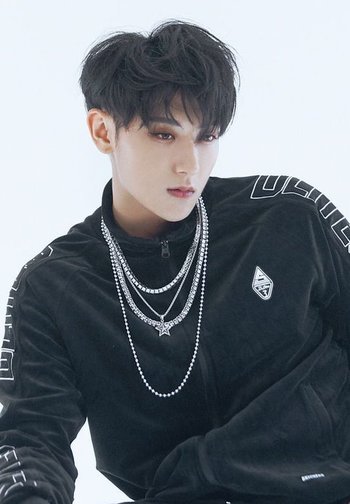 Huang Zitao (Chinese: 黃子韜; born May 2, 1993), also known as Tao, is a Chinese singer-songwriter, rapper, actor, model, and a former member of Korean-Chinese boy band EXO and its Chinese sub-group EXO-M. Scouted at a talent show in 2010, he moved to South Korea to become an idol trainee, later debuting as a member of EXO in 2012.

In June 2015, Huang set up a Chinese agency, 黄子韬Z.TAO Studio to manage his solo activities. In August of the same year, he filed a lawsuit against his company SM Entertainment, claiming that his 10-year contract had unjust terms and said he lacks freedom due to the long contract period. He then left EXO, returning to China, where he continued his activities as a musician: however, SM Entertainment filed a lawsuit against Huang regarding his solo activities. Chinese courts ruled that Huang was entitled to use his name and image for solo activities in China, and dismissed the lawsuit.

He made his solo debut in China 2015 with the mini-album TAO, under the new stage name Z.Tao. Huang made his acting debut in the romantic movie You Are My Sunshine and later received recognition for his leading roles in Negotiator and The Brightest Star in the Sky.

In July 2018, Huang established his own agency called L.TAO Entertainment. Huang has expanded his business further by opening a restaurant called Hao Shi and an architecture and design company called L.TAO Architecture and Design in June 2019. Huang ranked 25th on Forbes China Celebrity 100 list in 2017, and 35th in 2019.