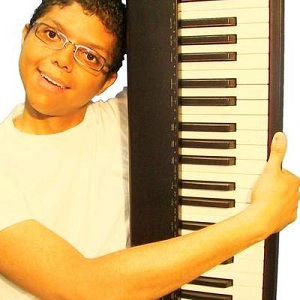 **I move away from the mic to describe tropes
Advertisement:

", the source of many an Internet meme. Tay also has his own YouTube channel

, host to several of his own homemade songs.