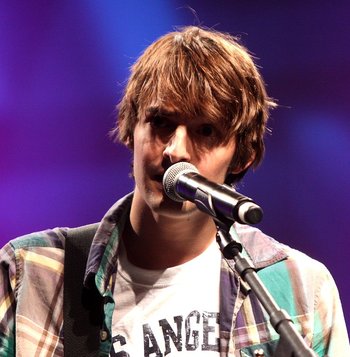 You may know him for his obsessive crush on Miley Cyrus
Advertisement:

David Joseph Colditz (born August 13, 1991), better known as Dave Days, is a YouTube Pop Punk artist who's also known for his comedic parody songs, first starting his career in 2007 in his home state of Pennsylvania, then moved out to LA after finishing high school to pursue music. He has both done many parodies of popular songs, straight-up covers of other songs, and his own original music. In 2011, he was a musical guest on an episode of So Random! and performed his then-recent single 'What Does it Take.'

He has released three EPs and several collections of his covers.