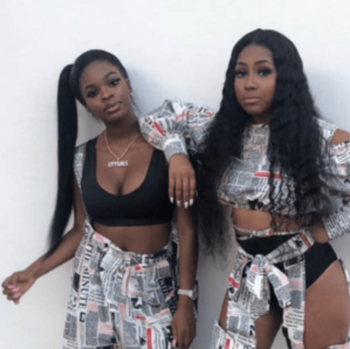 The City Girls are a duo that consists of Yung Miami (born Caresha Romeka Brownlee on February 11, 1994) and JT (born Jatavia Shakara Johnson on December 3, 1992). They garnered attention after guest rapping on Drake's Billboard #1 hit "In My Feelings".