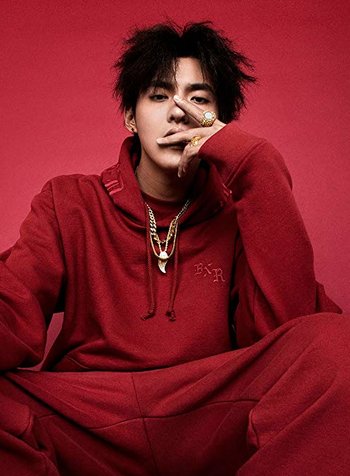 Wu Yifan (Chinese: 吴亦凡, born November 6, 1990 in Guangzhou, China), also known as Kris Wu, is a Chinese-Canadian actor, singer, model, and a former member of Korean-Chinese boy band EXO and its Chinese sub-group EXO-M. Born and raised in Guangdong, China, he moved to Vancouver, Canada with his mother when he was 10 years old, living there until he was 18, when he moved to Korea after successfully auditioning for SM Entertainment's Canadian Global Auditions. He debuted as a member of EXO in April 2012, but left in May 2014 after filing a lawsuit against SM Entertainment to terminate his contract and alleged that the company disregarded his health, maintained unfair profit distributions, restricted his freedom, and treated him like a product rather than a person.

On July 20, 2021, 19 year old university student Du Meizhu accused Wu of sexual misconduct. In her allegation, she included instances of Wu inviting women to events, often under the pretext of auditioning for roles in dramas and music videos, for the purpose of getting them drunk and raping them. Following the incident, Wu's agency attempted to pay hush money to Du, resulting in more women coming forward confirming similar instances happening to them. Wu was soon placed under criminal detention by the Beijing Chaoyang District police on suspicion of rape. On August 16, 2021, he was formally arrested over allegations of rape. On November 25, 2022, the Beijing court sentenced him to 13 years in prison and deportation from the country after serving his sentence.