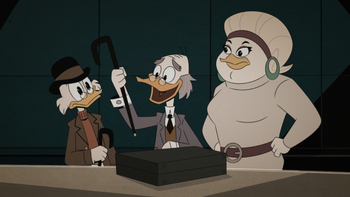 Webby helps Scrooge rescue her granny from the clutches of rival spy Black Heron, unintentionally following in the footsteps of how Scrooge and Mrs. Beakley first met.