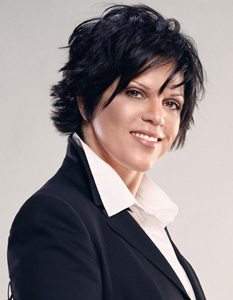 April Terri Winchell (born on January 4, 1960 in New York City, New York) is an American actress, writer, voice actor, talk radio host, and commentator. She was born in New York City, the daughter of ventriloquist, voice actor and comedian Paul Winchell. She frequently does voices for films and television shows produced by Disney.

She is also known (under the alias Helen Killer) as the woman behind Regretsy, a now-defunct website dedicated to mocking weird and inappropriate products sold on Etsy.

Some of April Winchell's Most Notable Roles Include: