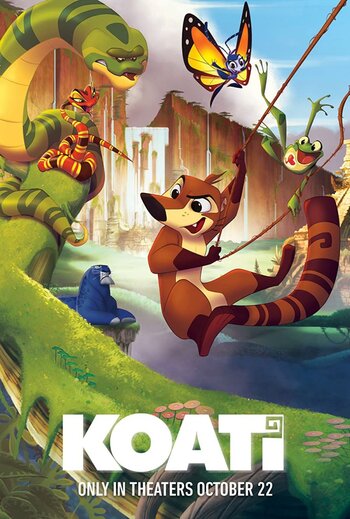 It was actually released October 15
Advertisement:

Koati is a Mexican animated film, directed by Rodrigo Péres-Castro and released in 2021.

The film tells the story of a a Koati named Nachi. He sees his home jungle known as the Land of Xo threatened by natural disasters and its inhabitants threatened by an evil coral snake named Zaina.

A trailer for the film can be viewed here.