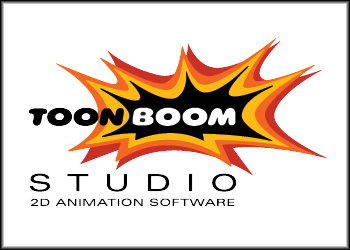 Harmony is a digital animation software package produced by Canadian company Toon Boom Animation, Inc. Harmony (previously Toon Boom Studio), along with Adobe Flash, are the go-to software for modern-day 2D digital animators due to their low cost and potential shortcuts that are not offered with traditional ink-and-paint animation. Harmony is also fairly affordable for both professionals and amateurs alike. While Flash has been used more frequently for television/movie animation entertainment for years, it was actually built for interactive web design, thus making it a bit of a curve to create content for other areas, and Harmony's software was developed to solve this by tailoring it to the creative cartoon animator's needs instead. It has tools for both traditional frame-by-frame animation and "puppet rig"-style animation. Harmony has capabilities that emulate an animator's drafting table, network nodes, built-in automated lip-syncing functions, built-in 3D modeling and intergration, and quality rendering directly from the program. Toon Boom used to have separate programs for storyboarding, animating, entire production pipelines, and children's learning, but have simplified the pipeline in the latest version into just three pieces of software- Harmony for all animation tasks, and Storyboard Pro for storyboarding and concept visualization. The third product, Harmony Server, is meant to help synchronize the works of large studios by acting as a repository for animation assets and storage.

Harmony is sold in three different versions- Essentials for amateurs and students, which offers only the most basic capabilities, Advanced for the more advanced animators who demand the ability to import bitmap graphics as the backdrop and do simple 3D animations, and Premium, for those who need full-fledged 3D animation capabilitiesnote License copy of Maya 3D also required to activate the advanced 3D features, advanced 2D capabilities, and cinema-quality 8K rendering. Both Advanced and Premium versions can use the Harmony Server for remote storage of asset and projects, but not the Essentials version.

Toon Boom has bought over Cambridge Animation Systems, whose Animo software powered the United Kingdom's animation industry (as well as some of Hollywood's) from the early 1990s to the mid 2000s.

Toon Boom Animation Inc. is owned by Corus Entertainment, who also owns Nelvana. Hence it's not surprising that most of Nelvana's productions are done using Harmony and other Toon Boom products as well.

Series/films animated (in whole, or in part) with this program:

Series/film that are storyboarded but not animated with this program

List of Web Animation that have used/currently using this program: