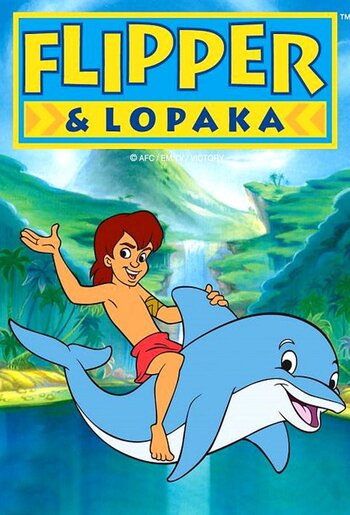 Flipper and Lopaka is an Australian animated series created by Yoram Gross (of Blinky Bill fame). It follows the adventures of Flipper, a talking dolphin, and Lopaka, a boy with the ability to speak with marine animals, on his tribe's island home of Illoka and the undersea city of Quetzo. As the name implies, the series is a loose adaptation of the original Flipper series.