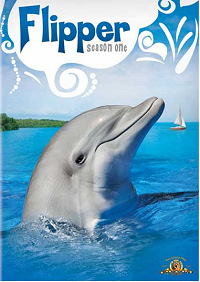 This 1964 series (based on the 1963 movie) was about the eponymous bottlenose dolphin who is adopted by (or adopts, depending on your point of view) Florida park ranger Porter Ricks and his sons Sandy and Bud. Originally airing on NBC until 1967, it had a long run on Nickelodeon in the early '90s leading to increased popularity and a revival. There is also a loosely related animated series, Flipper and Lopaka, focusing on a new human companion for the now talking dolphin.

Flipper was revived both in 1995 as The New Adventures of Flipper, with a new cast of characters unrelated to the original (except for Keith, the grown-up version of Bud, in the first season) and in 1996 as a feature film starring Paul Hogan and Elijah Wood, using the original TV show's characters.

Not to be confused with the Noise Rock band Flipper. 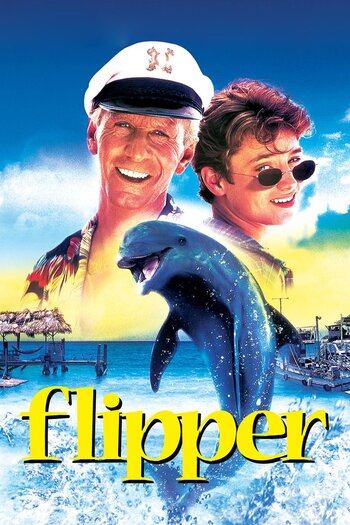 Flipper is a 1996 family adventure film Starring Elijah Wood and Paul Hogan which is a remake of the 1963 movie of the same name.