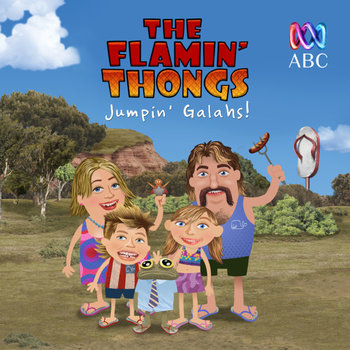 The Flamin' Thongs is an Australian children's animated television series. The series follows the plans of the dysfunctional Thong Family, as they try to put Whale Bay on the map. The family consists of parents Trevor and Brenda, their 12-year-old son Holden and 14-year-old daughter Narelle. Holden's best friend, Rerp, is a cane toad in a school uniform.