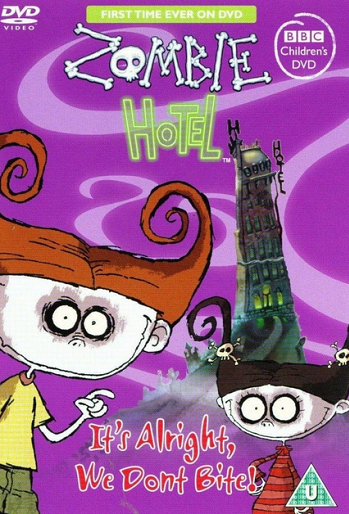 Zombie Hotel is an animated series produced by French animation company Alphanim and distributed to different countries. The above mentioned hotel is run by a family of zombies and their weird employees. They strive to keep the hotel a rundown haven for monsters and zombies of all types.
Advertisement:

This becomes more difficult when Twins Fungus and Maggot decide to attend human school. Now, with help from their new friend Sam, the twins have to try to keep a low profile which isn't always so easy.