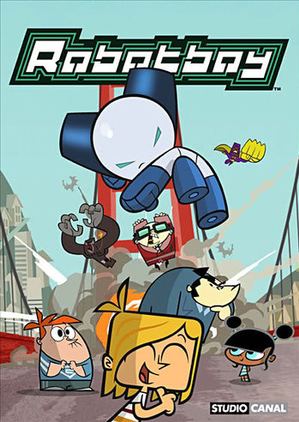 Robotboy is an animated television series created by Jan Van Rijsselberge, Alphanim and Cartoon Network Europe that ran from 2005 to 2008. Despite being a European co-production, the show aired in the United States as well.

The eponymous protagonist is the latest creation of the world-renowned scientist Professor Moshimo. Due to fears that Robotboy would fall into the hands of his arch-rival Dr. Kamikazi and his main henchman, Constantine, to be used as their token to world domination, Professor Moshimo entrusts Robotboy to 10-year-old Tommy Turnbull, his biggest fan. While being protected by Tommy and his two friends, Lola and Gus, or "G-man" as he calls himself, Robotboy learns how to behave and act as if he were a real boy.