Western Animation / Phineas and Ferb The Movie: Candace Against the Universe 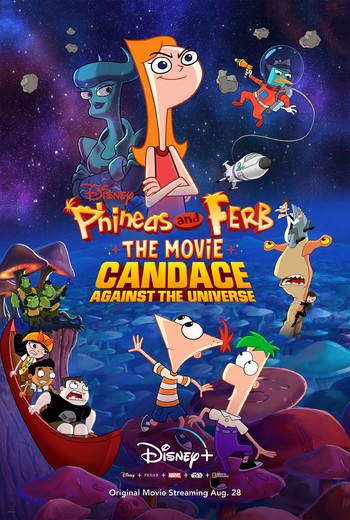 She just needs a little space.
"You know, I used to think the universe was against me, but now I realize... it's me against the universe!"
— Candace
Advertisement:

After failing once again to bust her brothers, Candace feels the universe is against her and soon gets abducted by aliens, finding utopia in a far-off planet Feebla-Oot, free of pesky little brothers. Phineas, Ferb and their friends set out across the galaxy to rescue Candace, while uncovering dark secrets about the aliens.

Doof repeatedly insists he's in charge with a nonsense word Isabella keeps thinking does not exist.

Doof repeatedly insists he's in charge with a nonsense word Isabella keeps thinking does not exist.