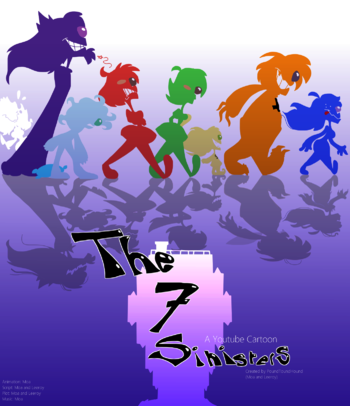 , a two person channel.It's about the Seven Princes of Hell, aka. the rulers of The Seven Deadly Sins, living in an apartment building.

The Seven Sinisters contains examples of: