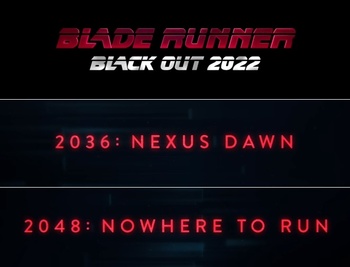 Three short films were released in 2017 in the wake of Blade Runner 2049. They serve as tie-ins taking place in the Blade Runner universe between the first film and 2049.

Advertisement:
open/close all folders
Tropes shared by the three shorts

Tropes specific to each short