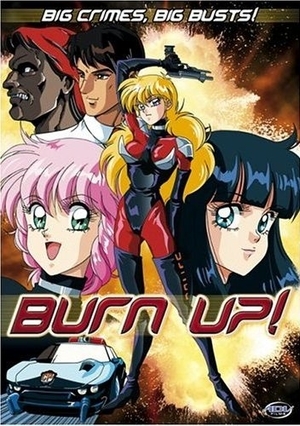 The Burn Up franchise is a set of four Panty Fighter series revolving around an Amazon Brigade quasi-SWAT team called "Team Warrior", and their fight against crime and government conspiracies. The series are generally lighthearted at first, but develop a case of Cerebus Syndrome near the end.

All four series were produced by AIC between 1991 (the original) and 2004 (Scramble). ADV Films actually helped co-produce the two middle entries in the franchise, Burn Up W and Burn Up Excessnote the latter also with Magic Bus, after the success of their release of the original one-shot OVA.

The latest installment, Burn Up Scramble was released in North America by Geneon USA, who also co-produced the show along with their main office in Japan.