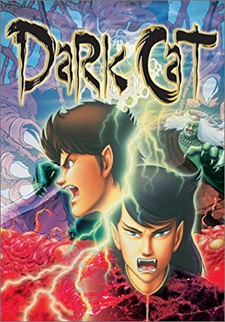 Dark Cat is a horror/shojo manga by Naomi Kimura. It tells the exploits of Hyoi and Ryoi Kagezaki, the titular Dark Cats, a kind of magical creature with the ability to turn into a cat. Trained as children by the evil demon cat Jukokubo, the brothers now fight him and all the demons who make prey of the darkness living in the human hearts while disguised as transfer school students.
Advertisement:

The manga received an Original Video Animation in 1991, which has the dubious honor of being one of the last works by Nikkatsu Corporation before its closure.

Not to be confused with Black Cat.