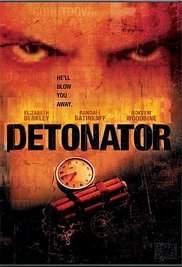 Detonator is 2003 Direct-To-DVD film about a former FBI agent stopping a domestic terrorist in Los Angeles. The film stars Randall Bantikoff, Elizabeth Berkeley, Stan Shaw, Bookem Woodbrine, and Denis Forest. This was one of Forest's last roles before his unexpected death on March 14, 2002, just a year before the film was released.

The film is notably rare. There is only one trailer on YouTube and another on a German website. Frustratingly enough, it does not have a Wikipedia article. However, it does have an IMDB page, which is the only source of information for this movie.