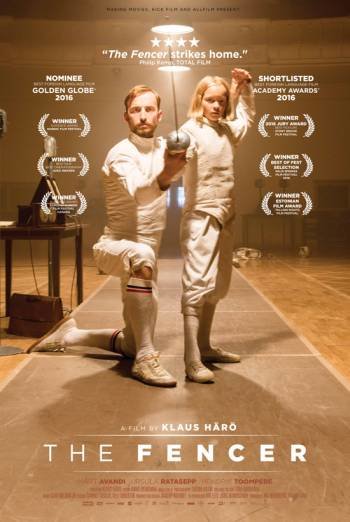 The Fencer is a 2015 Finnish/German/Estonian historical drama. Set in Estonia in the aftermath of World War II. A young man moves to a small town in Estonia, fleeing his past in Leningrad. There he takes up a teaching position and endears himself to the children and their parents by teaching them fencing, making substitute weapons from reeds and cardboard. This doesn't endear him to the school's administration who think of fencing as inappropriate for the proletariat, and seek to put a stop to this, no matter what.

The film can be described as a Ragtag Bunch of Misfits sports movie... that happens to be set in Soviet Russia in a period of paranoia and political disappearings.