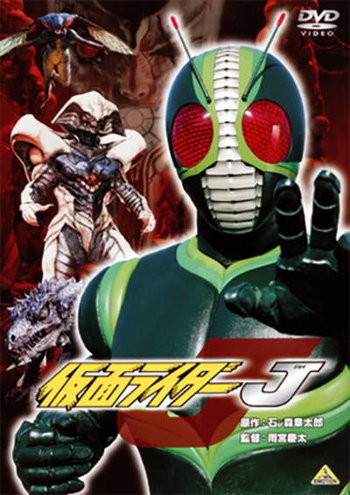 Kouji Segawa is a reporter whose little friend, Kana, is carried off by the monstrous children of the alien Fog Mother to feed to her newly-hatched offspring. Kouji is given the mystical "J Power" to become Kamen Rider J and defeat Fog Mother before she can destroy mankind.

Footage from the movie was used in several episodes of Saban's Masked Rider, with J appearing only in faraway shots to hide how little he looked like Kamen Rider BLACK RX.

J would appear in several later Kamen Rider movies, with the cameos being more minor as the years go on.