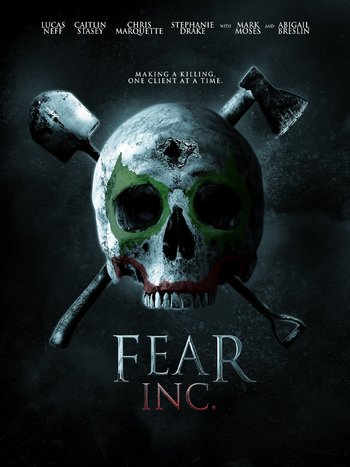 Fear, Inc. follows a company of degenerates who can be hired for a premium to bring your greatest fears to life. But when horror junkie Joe Foster's customized scare seemingly begins, he and his friends must decide if this company is there to scare them or make them pawns in their own sick game.

Tropes in Fear, Inc. include: