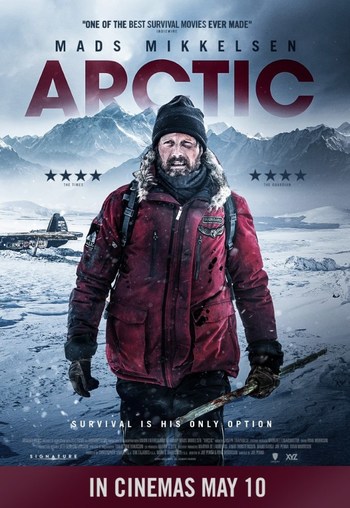 Survival is his only option.
Advertisement:

Arctic is a 2018 survival film directed by Joe Penna in his directorial debut and starring Mads Mikkelsen. It premiered at the 2018 Cannes Film Festival before being theatrically released on 1 February 2019.

A man named Overgård is stranded in the Arctic and sets out to return to civilization.

Arctic has examples of the following: