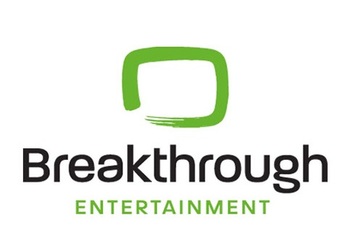 Breakthrough Entertainment is a Canadian production company founded in 1986 by Peter Williamson and Ira Levy. Based in Toronto, they have produced a wide variety of TV shows from primetime comedies and dramas to documentaries to kids' cartoons. The last category is probably the one they are best known for outside Canada, having been behind such series as Atomic Betty and Jimmy Two-Shoes.

In 2018, 9 Story Media Group acquired Breakthrough Entertainment's kids and family library and development slate. This means most of Breakthrough's animated series now belong to 9 Story, but Breakthrough still does own a couple that are aimed at adults, such as Crash Canyon and Producing Parker.

They also have a YouTube channel where they upload episodes of their original properties. See it here.

Series produced by Breakthrough Entertainment that have pages