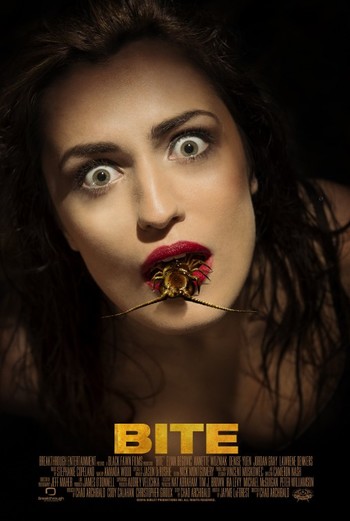 This may sting a little.
Advertisement:

Casey (Begovic) returns home from her bachelorette party in Costa Rica with a seemingly innocuous insect bite but is too preoccupied with her issues at home to take note. An over-bearing mother-in-law, and cold feet over her impending marriage to Jared (Grey) are at the top of her list of concerns but the horrifying effects of the bite are the one thing she will not be able to escape from as her instincts take a turn for the murderous and her body degenerates into an insectoid form.