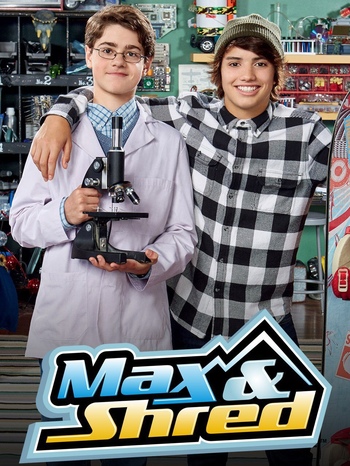 Max & Shred is a 2014–16 Kid Com created by Josh Greenbaum and Ben McMillan and produced in association with both YTV and Nickelodeon.

Max Asher (Jonny Gray) is a teenage snowboarder who is staying with the Ackermans, who live in the mountains, for extra training. Max shares a room with Alvin (Jake Goodman), who Max has nicknamed "Shred", a very smart teen who is completely opposite in personality and interests to Max. Alvin is helped in his scientific endeavors by Howie (Saara Chaudry), a younger girl who lives next to them. He also has an older sister named Abby (Emilia McCarthy), who is charity-driven and always wants to help people, and two parents who do not understand Alvin's scientific mind.