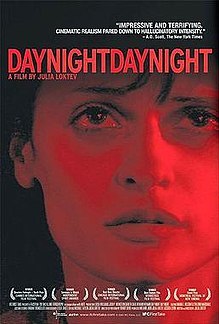 A 2006 drama written & directed by Julia Loktev. The film follows a young woman for the titular amount of time, who arrives by Greyhound bus near New York, so that she can carry out a suicide bombing in Times Square.