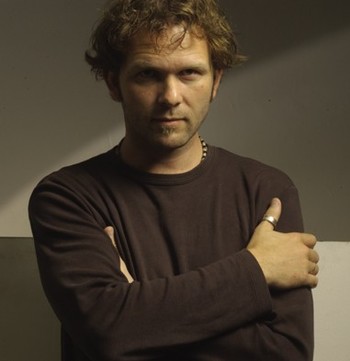 Ruben Eliassen is an illustrator, designer and children's book author, born in Trondheim in 1968. He is one of Norway's most popular children's authors.

Quit school in the 8th Grade of conviction reasons, strongly influenced by Pink Floyd's "The Wall" and Jens Bjørneboe

" . Began in advertising and worked as a freelance illustrator in Konk , Semic etc. Moved to Oslo at age 18 and worked as an illustrator for newspapers and magazines.Drawing technique is varied, since 1994 he has illustrated digitally on Mac.

His fantasy series Phenomena has sold more than 100 000 copies since the first book was published in 2002. He has been awarded the Norwegian Ministry of Culture and Church Affair First Book Prize, and thousands of children voted him the winner of the Ark Prize in 2002.

He's also a musican and has composed and even even sung a few songs. Like the Phenomena Theme

(Norwegian with some English.)