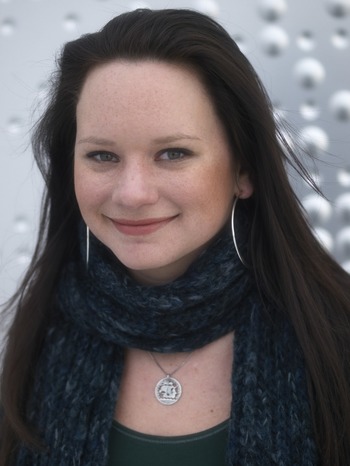 Mari Moen Holsve, born 20 October 1986, grew up and lives in Oslo. Literature has always been one of her greatest passions, and already a teenager she wrote complete book manuscript. She debuted with her 1st book Skjelka-Agenten in 2006.

Fantastic literature/fantasy is a genre Mari burning strongly for and she is inspired by many other writers in the genre, and to some extent also of Greek and Norse Mythology. In addition, Mari a large movie fan, which has also influenced her writing style and genre. Above all, she is inspired by well-told, exciting stories of all kinds.

Mari has studied translation (English-Norwegian) for one year and intercultural communication at Agder University College and holds a BA in Comparative Literature at the University of Oslo.Summer 2010 Mari took a comprehensive course in screenwriting at the University of California in Los Angeles. She works as a translator of the Donald Duck magazine.