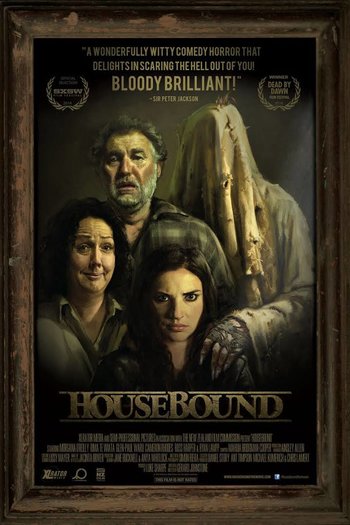 Housebound is a 2014 New Zealand horror comedy film written and directed by Gerard Johnstone, about a woman who is sentenced to house arrest in her mother's home. Not long after moving back in, she starts to suspect that the house may be haunted by the spirit of a murder victim.