Where stories meet the young, is where we meet the heroes and the legends. 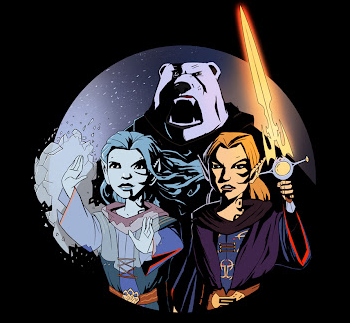 Phenomena is a series of Norwegian Young Adult fantasy books written by Ruben Eliassen. The series follows the elf boy Alk and his twin sister Ilke, which according to an old prophecy has the power to defeat Tarkan, the fürst of darkness, and by that free their world from his evil regime.

The series takes place in Aldra, a country in the world Erda, controlled by the Sherpa, the Dark Lord and his evil forces. The elves are slaves by Tarkan's servants the mortoks but two elves, Harti and Khiri, manages to bring their newborn children out of captivity and to the wise vizard Sha-ra's Castle. Here will the children, the twins Alk and Ilke, raised in freedom. It turns out that Sha-ra knows an ancient prophecy, recorded in the Phenomena; the book of visdom. The prophecy says that two elf children will rise up and fight Tarkan on the Gredom fields. These two children are Alk and Ilke, and they go out to fulfil prophecy and defeat evil.

Throughout the series, we follow Alk and Ilke and their adventures leading up to the unavoidable battle that will decide the fate of the world. In addition to the twins, we also get to know their adoptive father Sha-ra, their big brother figure Arol, Jolsah the mortok prince, Azur an escaped slave, and Millian who have been transported to Aldra from our own world and many others.

, and a fan club on DeviantArt here

. Some has been translated professionally here by Gyldendal

, but it has not been updated in a long time including but calling a Good Bad Translation would be too kind due to the fact it's not very good. It has been translated into Italian, Danish, Swedish, Finish and German. Has a Live Action TV-series in development by Filmed Imagination

, which you can read about on IMDb

and their own pages here

, the episode writer is open for both questions and sugestions on twitter

. Some fans hope it'll see the same fate as Deltora Quest did in Japan which got an anime, a manga and a game.