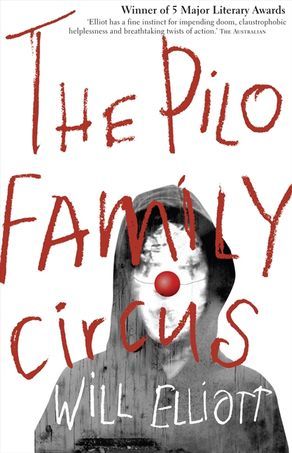 Jamie has a perfectly ordinary life; he works at a trendy Brisbane hotel as concierge; he lives in a dingy shared house alongside various drug dealers and petty thieves; his only goal in life is to romance one of his coworkers; and—up until that fateful evening—he has no enemies to speak of.

Then, he meets the Clowns. Worse still, he makes the mistake of taking something that they left behind: a bag of mysterious crystalline powder.

For the next few nights, he's hounded by them: they stalk his dreams, trying to find out where he lives; they break into his house and vandalize everything he owns; they follow him to work and threaten to blow up the building; they even physically assault him. And then, quite unexpectedly, he makes them laugh... and they offer him the chance to audition and join them. After a few more days of being tormented and threatened, Jamie caves in and auditions- and passes with flying colours.

Unfortunately, this results in him being unceremoniously kidnapped and taken to the Pilo Family Circus, a travelling carnival that exists beyond space and time, occasionally "visiting" towns by connecting itself to the entrance gates of other circuses and fairgrounds. There, Jamie is officially made a clown, and given his first coat of magical facepaint, transforming him into the sociopathic "JJ"; now, when not trying to stop his second personality from destroying him, Jamie has to survive the horrors that the Circus can offer, and figure out just what the Pilo Brothers want from the audiences they abduct...