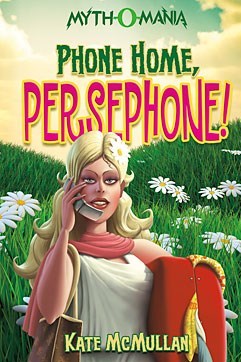 Phone Home, Persephone! is Book II in Kate McMullan's Myth-O-Mania series, published in 2002. Hades debunks the myth that he kidnapped his wife, Persephone, and instead recalls the hijinks that ensued after the part-time Goddess of Spring hitched a ride to the Underworld.