Literature / Have a Hot Time, Hades! 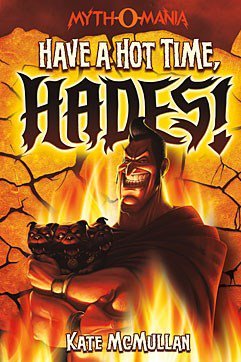 Have a Hot Time, Hades! is Book I in Kate McMullan's Myth-O-Mania series, published in 2002. Hades recalls how he helped overthrow his Archnemesis Dad, Cronus the Titan, from ruling the universe, only for Hades' conceited brother Zeus to get more than his fair share of the credit.