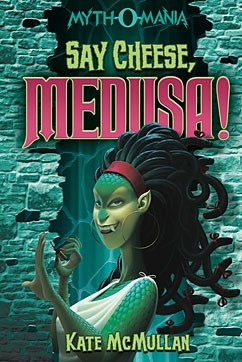 Say Cheese, Medusa! is Book III in Kate McMullan's Myth-O-Mania series, published in 2002. Hades recounts the Origin Story of Medusa, and the true story of her confrontation with Perseus.