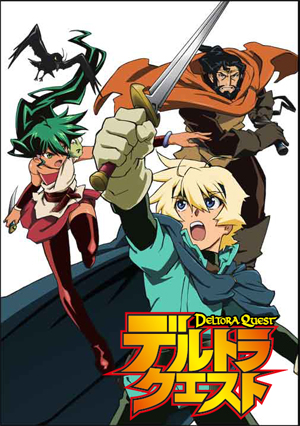 Three steps, fight an honest fight
Two hearts, they can start a fire
One love is all I need in this life!
Advertisement:

Deltora Quest is a fantasy series that also has as a mix of mystery, interactivity, horror, romance, action and adventure. The anime is an adaptation of the novels written by Australian author Emily Rodda. Like the books, it is quite Troperiffic.

The series has aired around the world, on The Hub in the US, on ABC3 in Australia, on Toonami Asia in Asian territories, as well as on TV in Italy, Pakistan, Turkey and New Zealand among other countries.

The anime exhibits the following tropes: