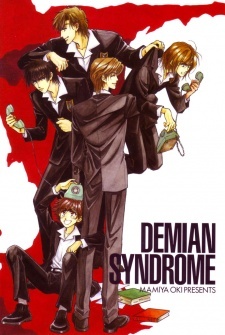 The Demian Syndrome is a Boys' Love Manga by Oki Mamiya.

Azuma and Takayama used to be really close friends as children, until one day Takayama disappears to the USA without telling Azuma. Unable to forget about Azuma, Takayama returns years later and enrolls in Azuma's school. He finds his old friend cold and unwilling to restart any kind of relationship... but why? Takayama is a light hearted, happy guy who gets along with everyone around, even though Azuma's odd behavior hurts him. Azuma is cool and distant, and seems not to care about anything around him...

Set in Jouhoku which is a Japanese Christian school.