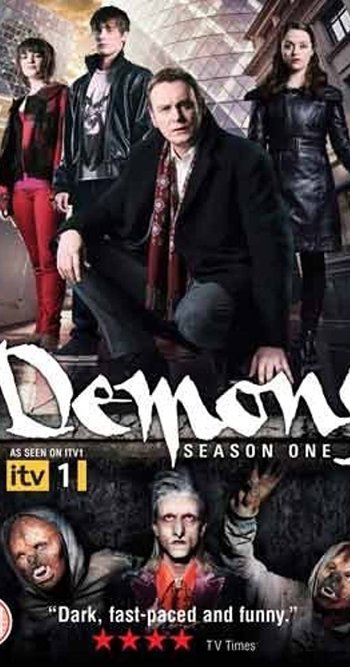 2009 ITV show, sitting in the Doctor Who slot for a six-episode run. Reminiscent of Buffy the Vampire Slayer with a male lead.

The gist of the plot is that an ordinary teenager, Luke Rutherford, discovers he's the last descendant of the legendary vampire hunter, Abraham van Helsing and begins training to fight vampires, and monsters in general, under gritty mentor, Rupert Galvin (played by Philip Glenister, who was popular at the time after starring as Gene Hunt).

The cast is rounded out by Luke's best friend Ruby (played by Holliday Grainger, who would be presumably have been promoted to love interest if the series had lasted) and specialist adviser, Mina Harker from Dracula, who is blind, for reasons never explained. Mackenzie Crook appeared in two episodes as a vampire villain with a false nose, possibly planned to be the Big Bad.